Pine Valley Golf Club
​
Pine Valley was founded in 1913 by a group of amateur golfers from Philadelphia. They purchased 184 acres (0.7 km²) of rolling, sandy ground deep in the pinelands of southern New Jersey, and gave George Arthur Crump, who knew the area from hunting expeditions, the opportunity to design the course.
The site was challenging and the project became something of an obsession for Crump, who sold his hotel in Philadelphia and plowed his money into the course. Marshlands had to be drained and 22,000 tree stumps had to be pulled with special steam-winches and horse-drawn cables. This was all done at a time when many golf courses were still built with minimal earth moving, and the course was called "Crump's Folly" by some.
This was Crump's first and only golf course design, but he brought together celebrated architects such as A.W. Tillinghast, Hugh Wilson, George C. Thomas Jr., Walter Travis, and H.S. Colt to help him create the course. Crump set himself some idiosyncratic principles: no hole should be laid out parallel to the next; no more than two consecutive holes should play in the same direction; and players shouldn't be able to see any hole other than the one they were playing. He also felt that a round of golf on his course should require a player to use every club in the bag.
The first eleven holes opened unofficially in 1914. In 1918, when Crump died - reportedly penniless, four holes - #12, #13, #14, #15 - were incomplete; they were finished in 1922.
Pine Valley later spread to 623 acres (2.5 km²), of which 416 acres (1.7 km²) remain virgin woodland. Since Crump's death, alterations have been made by several other leading golf course designers. The club also has a ten-hole short course designed by Tom Fazio and Ernest Ransome III. 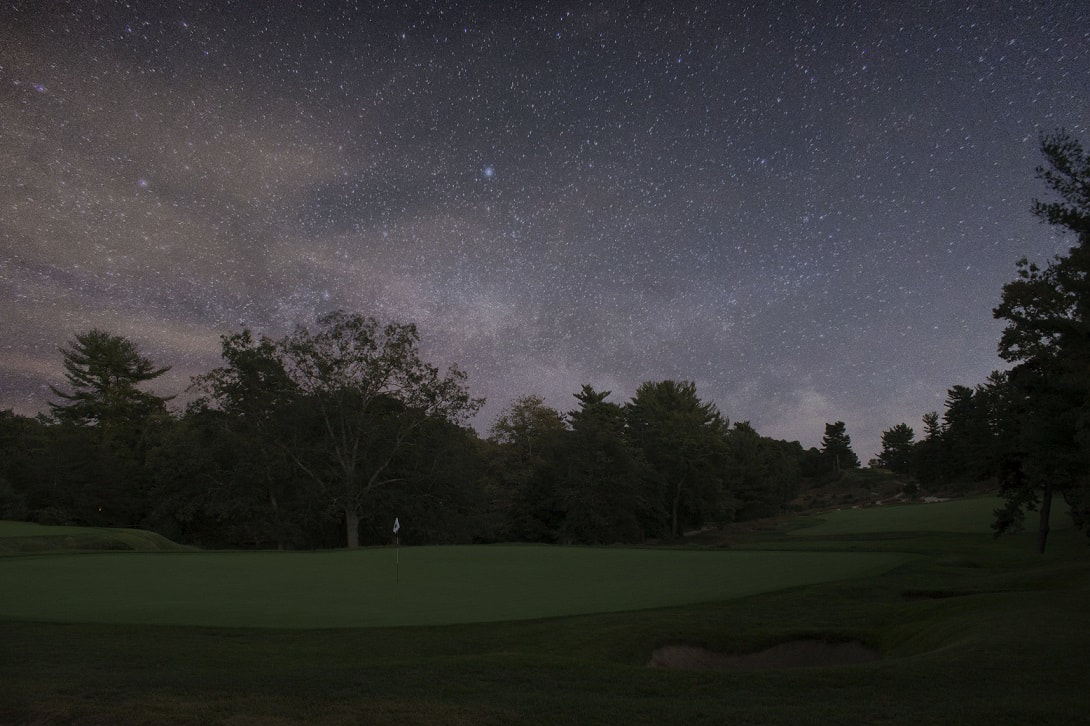 One of my favorite photos I have ever taken. I am pretty sure I was the only person on the course at this time!

The famous Devils Asshole. Out to about 15 feet. Ill take it!
My dad and I at Pine Valley
HTML Comment Box is loading comments...